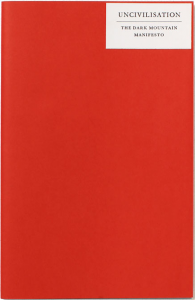 Books, sometimes, arrive as if hurled at your head by God. An answer to a question that you didn’t even know you’d spoken out loud.

On Friday 24th June the UK exited the European Union. I reeled to adjust myself to a world in which David Cameron seemed a really good guy. Instead of triumphalism (though that would come later) leading Brexiteer, Boris Johnson, looked “like someone waking up from a bad trip to discover they’d murdered their best friend.” For the first time, possibly ever, headline writers seemed utterly stumped. They quickly ran out of clever puns and the disunited kingdom awoke the next day to find ‘So, What the Hell Do We Do Now’ emblazoned across the front pages.

There was talk of ‘new roadmaps’. Of there being ‘no maps’. We were ‘on our own.’ It felt like the world had not ended, exactly, but had suddenly contracted. Everything about this place suddenly seemed smaller, diminished – as though drawing its coat a little tighter, crossing its arms, not meeting you in the eye, hurrying home to shut the door. Across the street my neighbour put up a poster in her window, an angry, sarcastic scrawl: “If you voted leave, you have RUINED EVERYTHING. Thanks a bunch.” People wrung their hands and said, but we didn’t really mean it. They looked north, towards Scotland and said, when we said leave, we didn’t me you. I went to buy something at a shop and at the checkout were novelty tins of mints on sale: one stack said ‘IN’ and the other ‘OUT’. They were all ‘reduced.’ “I feel smaller too,” confessed the cashier as she gave me my change and put on a brave face.

What the hell do we do now, I asked myself that morning. What does the future look like, now we know it will not resemble the present? Where, in this unholy mess, are the intelligent questions?

As if in answer to the Referendum, that morning the universe (in the guise of my postman, Dave) delivered a Manifesto. With its plain red cover and single-word title, the book lay there on my table like a grenade with its pin already pulled.

Uncivilisation is the first and foundational text of a movement that has grown to include shamans and poets, performance artists and willow-weavers, story-tellers and yurt-dwellers, fire-walkers and druids – and writers. Known collectively as ‘the Dark Mountain’, the binary of madness and civilisation, these guys were definitely on the far side of the left field where all the good shit happens.

The manifesto was written in 2008 by a couple of disillusioned ‘recovering journalists’ in a London pub. As the global financial markets went into meltdown around them, Paul Kingsnorth and Dougald Hine tried to look, clear-sightedly at the future. Old certainties were no longer viable. New stories were necessary. The green movement seemed to be mostly about whistling in the wind. “It seemed that sustainability had come to mean sustaining the western way of living at all costs, regardless of whether this was possible or desirable.”

They registered that they – that we – are living in a new and unprecedented age, “the age of ecocide,” and there is no Plan B. “A quarter of the world’s mammals are threatened with imminent extinction; an acre and a half of rainforest is felled every second; 75% of the world’s fish stocks are on the verge of collapse.” We have been brought to this brink, they argue, by three primary myths: the myth of progress, the myth of human centrality and the myth that we are somehow separate from ‘nature’.

From a point of profound, nihilistic despair, they decided to do something about it. Something quite brave and swashbuckling, in fact: to write a manifesto.

Since it was (self-)published eight years back, this little booklet has triggered something of an underground revolution. Not because it was offering a way out, but because it explicitly gave people space to grieve and mourn, to give up, to despair. The authors encouraged people to ‘look down’, down into the abyss that we stand on the brink of. “Sometimes retreat is the only action left that makes sense. To give up things you have held dear – beliefs, identities, habits – is an end, but it can also be a beginning, though it makes no promises in advance. Only the chance that, having let go, as your eyes begin to adjust to the darkness, you may catch sight of something that your bright certainties had hidden from you.”

The bright certainty of European union had been snuffed out at a stroke, and left us groping in the dark. In the coming days and weeks, everyone here on these isles, British or not, will be asking of themselves hard questions about identity, belonging and the future. My sense is that we would all do well to read the Dark Mountain manifesto and heed the lessons of Uncivilisation. To see what has been broken and through the cracks to let in the glimmers of light. To call a myth a myth. To figure out the equation between sustainability and resilience. To remember that humans are not ‘the point and purpose of the planet,’ and to heed the other voices. To hold each other’s hands and begin to create new stories.