A run-away bestseller this year, and perhaps the year’s most surprising gift book (‘Happy Christmas, mom. You’re going to die’) is Atul Gawande’s Being Mortal. 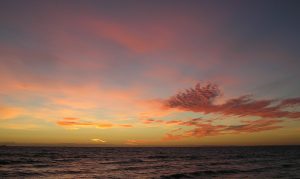 Nobody likes to be reminded of their imminent – or even distant – demise. We spend our lives doing everything we possibly can to avoid facing the inevitability of our decline and fall, each one of us a little empire upon which the sun never sets. The greatest wonder, as Yudishthira points out, is that “day after day, countless creatures are going to the abode of Yama, yet those that remain behind believe themselves to be immortal. What can be more wonderful than this?”

Atul Gawande is an ageing human, like the rest of us. Unlike most of us, though, he is also a surgeon, and his book is not only about the wonder that we all think we’re going to live forever, but about how the medical profession has failed: not in its failure to keep us alive – in fact, it’s been staggeringly successful at this – but in its failure to help us die.

The wonderfully playful Zen teacher Alan Watts tells a story about a lady giving a dinner party who invites her guests one by one to say what they think will happen when they die. They all come up with something – or nothing – until there’s only one left, a military gent and staunch Church of England believer. “Sir Roderick,” she says, “you’ve not said anything. What do you think will happen to you when you die?” “Oh,” he replies huffily, “I’m perfectly certain I shall go to heaven and enjoy everlasting bliss, but I do wish you wouldn’t indulge in such a depressing conversation over dinner.”

It’s hard having what Gawande calls ‘the hard conversation’: talking to someone about their death and helping them to make the best use of the time that they have left. He recalls one of the (very) few times as a student of medicine that they touched upon the subject – reading Tolstoy’s The Death of Ivan Ilyich. Until his accident – a fall from a ladder – the eponymous hero was an “intelligent, polished, lively and agreeable man” but as the pain in his side gradually worsens, and neither his wife, nor his friends nor the doctors can either help him or acknowledge that he is, in fact, dying, he becomes more and more frustrated, angry, and desperate. Gawande and his fellow students could see exactly what was happening – no one was willing to have ‘the hard conversation’ with poor Ivan – and they assumed that as enlightened, caring and skilled modern doctors, they would have all dealt with the patient far better. But, “within a few years, when I came to experience surgical training and practice, I encountered patients forced to confront the realities of decline and mortality, and it did not take long to realize how unready I was to help them.”

This crystal clear little book is, in part, about his becoming more ready to help. In it, he relates several ‘hard conversations’ that he has had: with his own patients – many having gone through multiple surgeries and therapies, fitted with tubes and clamps and bags, respirators and evacuators, monitors – and, most movingly, with his own father, a surgeon himself, who was diagnosed with a tumour on his spinal cord – a growth that eventually killed him.

Endings matter, says Gawande. “Sooner or later, independence will become impossible. Serious illness or infirmity will strike. It is as inevitable as sunset… Our reluctance to honestly examine the experience of aging and dying has increased the harm we inflict on people.” His book is both an exploration of and an urgent call to help develop “a coherent view of how people might live their lives successfully all the way to their very end.”

Contemplating ‘the very end’ is not a happy subject: not for Sir Roderick at the dinner table, and not for most of us. Thank god, therefore, for people like Alan Watts, with his call to establish a “Hospital for Delightful Dying,” with departments offering a range of ways to deal with the inevitable: champagne partying, psychotropic drugs, music, sacred rituals, you name it. Thank god, therefore, for the Buddhist teacher and anthropologist Joan Halifax, author of Being with Dying, who points out that the most human, most common error that you can make as a care-giver while sitting with a terminally ill cancer patient, is to assume that only one of you is dying. Her workshops to help clinicians be more compassionate, to ‘heal our care-giving practice’ as she puts it, is about facilitating those hard conversations. Acknowledging another’s suffering, their pain, requires a strong back and an open front – in other words, a centred, grounded sense of self (what might metaphorically and literally be called ‘backbone’) and a truly open heart, an openness to the world, to the other, to life’s rich mysteries. Thank god that doctors – who have replaced the shamans, the healers, priests and even our family and loved ones in attending to what Carlos Hagen calls our ‘ultimate rite of passage’ – are writing (and reading) books like Being Mortal. That as more people are aging, we as a species are willing to relinquish the ‘wonder’ of willful blindness to our own finitude and embrace, accept and even – if we’re Alan Watts – celebrate the fact. Or, following Joan Halifax, to strive for the delicate balance of strength and openness that allows us to acknowledge another’s wholeness, their suffering as well as their joy, while being fully aware that he or she, and we and they and all of us are here and gone in a blink: that everything passes, that everything grows and changes and ages and decays and grows anew.