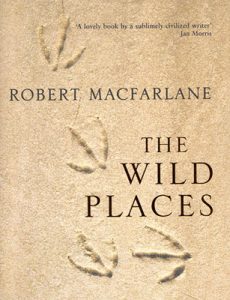 “Anyone who lives in a city will know the feeling of having been there too long. The gorge-vision that streets imprint on us, the sense of blockage, the longing for surfaces other than glass, brick, concrete and tarmac.” — Robert Macfarlane The Wild Places.

Having lived in Delhi for nearly 20 years, I know the feeling. For the first time in history, there are now more people living in cities than in rural areas — 54 per cent, according to the latest World Urbanisation Prospects Report, released last month. This is projected to rise to 66 per cent by 2050; the vast majority of them will live in India, China and Nigeria. Delhi, the second largest of the world’s 24 mega-cities, with a population of around 25 million, is projected to hit 37 million by 2030, by which time the list of cities with population exceeding 10 million will have grown to 41.

That’s a lot of gorge-vision, a lot of glass, brick, concrete and tarmac. And a lot less trees, animals, birds and wild places.

Back in 2004, in the wake of his incredibly successful first book, Mountains of the Mind, Robert Macfarlane set out on a series of walks around Britain and Ireland in search of its last remaining wild places. Rejecting the logic of the road map — which exists as an answer to the question, “what’s the fastest way to get from A to B?” — he set out to lose himself in the countries’ unmapped wild places. He spends a bleak night on Ben Hope in the far north of Scotland; scrambles through the brambles of the holloways of Dorset; discovers a miniature forest in the cracks of a limestone pavement on the west coast of Ireland, “as beautiful and complex, perhaps more so, than any glen or bay or peak.”

Macfarlane, along with writers like Roger Deakin, William Fiennes, Dave Goulson and Diane Ackerman, represent a kind of renaissance in nature writing. Their popularity — quite apart from their critical acclaim — attests to a hunger among contemporary readers for literature about the natural world. Their writing is suffused with a sense of wonder and given an urgency bordering on desperation to record and describe the natural world before it disappears entirely. Goulson’s bestseller on bumblebees, Fiennes’s lyrical journey following the migration of snow geese, Deakin’s about the ‘fifth element’, wood, and Ackerman’s evocative mixture of science and sensibility in books such as A Natural History of the Senses, all point to a resurgence of what one might call ‘neo-romanticism’. The term is more commonly used to refer to music and art, yet here in this efflorescence of nature writing in literature, we find the same concerns of the earlier Romantics — William Blake, Wordsworth, Ruskin and their ilk — to go out into the world in order to return to the self. Indeed, Macfarlane chooses for his preface a line from the 19th-century American naturalist John Muir which describes just that: “I only went out for a walk, and finally concluded to stay out till sundown, for going out, I found, was really going in.”

For Wordsworth and Ruskin, nature was imperilled and the human spirit impoverished by the twin engines of industrialisation and modernisation. The guiding spirits — or rather, pursuing demons — for contemporary writers are climate change, environmental destruction, the loss of biodiversity, and the peculiarly modern malaise of alienation in a hyper-connected world.

When was the last time you looked up and saw the stars? Their loss, through artificial lighting, may seem a “regrettable but eventually trivial side-effect of contemporary life,” but for Macfarlane it is “a great and serious loss”. He sees it as signalling a “retreat from the real… an abstraction of experience into different kinds of touchlessness. We experience, as no historical period has before, disembodiment and dematerialisation.”

Among many other things, city life distorts our sense of perspective. It can make you feel big — at the ‘centre of things’, making a difference. Urban living implies influence, power and social status.

Being in the natural world changes one’s perspective too, but in very different ways. In 1960, novelist Wallace Stegner wrote a letter to the US government arguing that the wilderness cannot be valued in plain monetary terms: “we need wild places because they remind us of a world beyond the human,” that even if they cannot go there, just knowing that these places exist gives people “a sense of bigness outside themselves”.

This ‘bigness’ is linked to the idea of the ‘sublime’ in Romantic literature — the way that natural landscapes can be simultaneously uplifting and humbling. Macfarlane, Deakin and Fiennes are not just, or rather not only, eco-warriors campaigning against environmental destruction, but are also engaged in a metaphysical quest: to understand not just what the natural world is, but what it means. What does it mean for humans to be a part of the natural world, and apart from it?

The Sunday Times describes Fiennes’s The Snow Goose as “a profoundly moving account of joy returning, of one man’s rediscovery of the world”. For Macfarlane, as for so many of us, the wild holds the possibility of enrichment, even redemption: for “we are fallen in mostly broken pieces… but the wild can still return us to ourselves.”