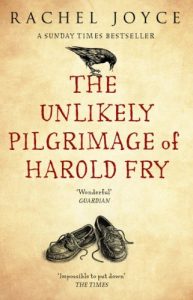 ‘Going for a walk’ is a peculiarly English thing. It has little to do with physical exercise or hiking; it doesn’t involve rucksacks and energy bars. It’s just popping out for a bit of fresh air, or maybe a stroll round the block. If you have a dog, then there’s that additional sense of purpose, but if you don’t, it doesn’t really matter: no one will judge you. You don’t need fancy trainers, there’s no lycra involved. It’s just going for a walk, getting about like people have for most of the past two million years or so, since homo erectus started tottering about on hind legs.

Living in Delhi, perhaps the least pedestrian-friendly city on the planet, it’s the one thing I really miss. It’s a perilous undertaking – going for a walk – requiring constant vigilance: potholes, mud, crazy traffic, honking, swerving, sudden craters, rubble, sleeping dogs, miscellaneous excreta, rubbish, dust storms, heat… So, the outside being what it is, I decided to read about walking instead, and turned to Rachel Joyce’s charming The Unlikely Pilgrimage of Harold Fry.

When Harold pops down the road to post a letter, he has no idea that he has just taken the single step on a long march that will take him, if not the thousand miles that Chairman Mao predicted, then not far off: 627, to be precise, from Kingsbridge on the south coast of Devon to the Scottish border town of Berwick-upon-Tweed. The novel follows this unassuming middle-aged husband in his very slow, very simple quest to walk to Berwick where an old friend of his lies dying of cancer. She had once performed an act of kindness for him which, twenty years later, he feels he must thank her for, in person, and that only by walking will he ensure that she lives, at least as long as it takes him to get there.

Beset with doubts and blisters, mapless, phoneless, and with only the clothes on his back and a pair of thin-soled yachting shoes on his feet, on he plods. The slowness and simplicity of walking allows the world to unfold its own slow, simple revelations: the hedgerow flowers, the gentle undulations of the land, the birdsong, the subtle scents of the countryside. ‘Wild garlic filled the air with its sweet pungency. Once more, it surprised him how much was at his feet, if only he had known to look.’

Following the footsteps of this unassuming pilgrim, the reader is led through his inward journey as well as his outer one, memories of the past and encounters with the new. The absurdities of other people’s lives, as well as their richness and strangeness is both humbling and awe-inspiring: ‘…it was the smallness of people that filled him with wonder and tenderness, and the loneliness of that too. The world was made up of people putting one foot in front of the other; and a life might appear ordinary simply because the person living it had done so for a long time.’

Through wind and rain, sleeping rough and giving away what few possessions he has, Harold’s walk turns out to be a test of endurance. As the narrator of Paul Auster’s In the Country of Last Things, puts it: ‘I put one foot in front of the other, and then the other foot in front of the first, and then hope I can do it again. Nothing more than that… I breathe what air is given me. I eat as little as I can. No matter what anyone says, the only thing that counts is staying on your feet.’

Yet even more than the relentlessness, more than simply not giving up, Joyce’s novel offers the possibility of redemption. Harold’s is no ordinary walk, after all: it is a pilgrimage, however unlikely. Along the way, he learns of the random kindness of strangers, and its remarkable abundance. And ultimately, like so many journeys – and somehow especially those on foot – the realization that the further you travel the closer you get to where you started: changed, perhaps, but returned home.