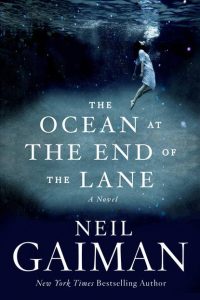 Adults reading children’s books are not a recent phenomenon. But about 14 years back, they started to do so in such vast numbers that a new term had to be invented for it and a new genre was born: crossover fiction. In the wake of Harry Potter, publishers suddenly woke up to the fact that there were books out there that appealed as much to grown-ups as kids (or ‘young adults’ as they’re now known), and with a bit of clever marketing, they could have two bites of the apple. Philip Pullman’s His Dark Materials trilogy, Mark Haddon’s The Curious Incident of the Dog in the Night-time, Stephanie Meyers’ Twilight books and Suzanne Collins’ Hunger Games series seemed to herald a new era of publishing. Suddenly, everyone was on the look out for books that offered adults the racy plotlines, fantastical worlds and moral comforts of children’s literature, and books for kids that were brilliantly written (er, okay, Stephanie Meyers, please excuse), morally complex and imaginatively conceived.

A similar phenomenon can be seen in children’s films: since the release of Toy Story in 1995, there have been a slew of films, not only from Pixar, but other studios who realise that adults can love watching children’s films just as much as kids — the stand-out being Martin Scorcese’s Academy Award-winning adaptation of Brian Selznick’s graphic novel, The Invention of Hugo Cabret.

The seven-year-old narrator of Neil Gaiman’s utterly lovely The Ocean at the End of the Lane has a typical child’s-eye view of the world of adult literature: “Adult stories never made sense, and they were so slow to start. They made me feel like there were secrets, Masonic, mythic secrets to adulthood. Why didn’t adults want to read about Narnia, about secret islands and smugglers and dangerous fairies?”

The short answer is, of course, adults do like to read about Narnia and secret islands and dangerous fairies, as Gaiman’s own massive fan following testifies.

Appearances are deceptive, and ordinary kids turn out to be something quite other: wizards, vampires, spies, demigods and shape-changers. Another great crossover book, MJ Palacio’s heartbreakingly brilliant Wonder, turns that trope on its head: the entire book is a journey to see beyond the extraordinary looks of the lead character (a young boy with severe facial deformities) to see the lovely, and very ordinary, extraordinary child he is inside.

In Gaiman’s The Ocean…, the young boy encounters three women (Lettie, who is 11, her mother and grandmother) who he soon realises are not quite the simple Sussex farming family they appear to be.

I shook my head. “I bet you don’t actually look like that,” I said. “Not really.”

Lettie shrugged. “Nobody looks like what they really are on the inside. You don’t. I don’t. People are much more complicated than that. It’s true of everybody.”

She goes on to elaborate: “Grown-ups don’t look like grown-ups on the inside either. Outside, they’re big and thoughtless and they always know what they’re doing. Inside, they look just like they always have. Like they did when they were your age. The truth is, there aren’t any grown-ups. Not one, in the whole wide world.”

It takes skill bordering on genius to say so much with such simplicity. As a writer who brings the same depth of thought and skill to his writing, whether for children, teens or grown-ups, Gaiman would approve, I think, of the French writer Michel Tournier’s words: “Sometimes I apply myself so well and have so much talent that what I write can also be read by children. When my pen is less lucky, what it writes is only good enough for adults.”

The great appeal of crossover fiction lies right there, in stories like Neil Gaiman’s, that remind us of the child that we still are, never mind the grey hair and the crow’s feet around our tired eyes. Just like the vast swell of the mysterious ocean that is contained in one small duck pond, appearances are deceptive. Ultimately, the very best crossover fiction is not so much about what it’s like to be a child, or an adult, but what it is to be human at all.