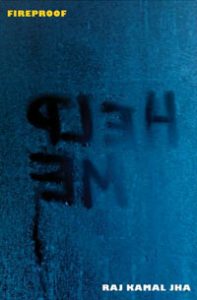 In every part of the world, there is a literature of war, of genocide, of internecine violence. In Europe, holocaust literature; in Russia, literature of the Great Terror; in India, the literature of Partition. Raj Kamal Jha’s new novel focuses on more recent events: specifically, a day and a night in February 2002, when a carriage of the Sabarmati Express train was set alight or caught fire near Godhra, killing all 59 occupants – among whom were Hindu kar sevaks returning from Ayodhya – an event that sparked off a series of riots in Gujarat that led to the killing of over 1000 people (784 Muslims, 258 Hindus, according to official figures), the destruction of 12,000 houses, the looting and burning of 14,000 shops.

These facts and figures, provided at the end of the book, are a potent reminder of Joseph Stalin’s infamous quote: “A single death is a tragedy; a million deaths is a statistic.” In the pages preceding this coda, Jha inverts Stalin’s chilling formulation, bestowing upon each and every statistic a human face, a beating and bloody heart.

Before we even get to the story, we must start with the book’s cover, on which the words help me are written on the condensation of a cold night’s window. The cover mimics glass, as though the person who has written the words is trapped within the binding of the book. One cannot open the book to begin reading without shuddering in the foreknowledge that you are letting someone – or some thing – out; that just by opening the book, the reader is embarking upon a rescue mission. In a lesser book, this might seem like gimmickry. In Jha’s, it is anything but.

The title itself is a brilliant double-entendre, implying not only something that cannot be burned, but ‘proof’ in the legal sense: the material evidence of a crime. This is a book about crime and punishment, every bit as searing and insightful as Dostoevsky’s. It is also a book about witnessing; about the importance of testimony; about the convoluted workings of human consciousness and human conscience. It is a book, perhaps above all, about justice. How rare it is that in real life, punishment fits the crime. The recent spectacle of Saddam Hussain’s execution brought home, with the swift delivery of a gut-punch, how little the legal system has to do with ‘justice’. What can possibly be put on one of blind Justice’s scales when a Hitler, a Hussain, a Bush, a Stalin, a Modi, is weighing down the other? The ‘ultimate punishment’ – death – seems to merely remove the problem rather than solving it.

To get back to the book. The narrative. The stuff that goes on: plot. The story opens with the narrator, Mr Jay, waiting outside the maternity ward of a hospital for the birth of his child. Unbeknownst to him, and all around on that dark night, the city is burning. As new life is being ushered in, all around him, lives are being extinguished – a conflagration, a Kristallnacht (night of the broken glass, ‘crystal night’)  every bit as horrific as that experienced by the German Jews in November 1938.

When the child is finally brought to him, it is hideously deformed – so much so that language itself seems to break down:

“…if all the parts of all the world’s babies, black, brown, yellow, white… if all the babies conceived, imagined, all those about-to-be-born or born, the half-made, the half-unmade, the aborted, the dead, through the present, the past and the future, down the ages of Baby History, were letters of an alphabet of a Baby Language and each normal baby a sentence making perfect sense, ours would have read:

Only in its perfectly formed, beautiful, eyes does the baby cease to be an ‘it’ and become ‘him’, and Jay fuses together the two pronouns to name his child, Ithim. Names are all important in this book: the act of naming a child, the naming of criminals, the naming of victims. The mystery woman who first catches Jay’s attention with her scrawled plea for help, and who then leads him – and his deformed baby – across the city and out into the wasteland, is called ‘Miss Glass’.  The other characters, who appear and disappear in the text, the stories of their murders on that fateful night interleaved in smaller type, act like a Greek chorus: Head Nurse, Doctor 1, Doctor 2, Ambulance Driver, Manhole Man, The Towel, The Watch and so on.

In form and content, Fireproof resembles a Greek tragedy not only in the use of the chorus – who address the audience/reader directly and are also part of the play –  but also in the central character, Jay, who fulfils Aristotle’s ideal of the Tragic Hero. His tragic flaw (hamartia) is that he thinks, like Oedipus, that he can escape the consequences of his own actions; his recognition (anagnorisis) of who his child really is, and what he himself has done, comes towards the end of the story in a hallucinatory piece of theatre, enacted by the recently dead riot victims; and his downfall (peripeteia) results at the end of the book, knowing he must now live the rest of his life in full knowledge of his responsibility for the night’s events.

For a book about hatred, this novel is surprisingly full of love. There are few – if any – books in which a father’s love for his child has been so tenderly and mercilessly laid bare. Entering the room that his wife had so lovingly prepared for their baby – tiny stars on the ceiling and a mobile of fishes and birds “each bird ringed by a tiny blue circle that shimmered like water, each fish with gills that looked like tiny wings. Fishes that flew, birds that swam…” – Jay is devastated. He itemises the crash and burn of each dream:

“In one corner of the room was a baby cot, white in colour, with handrails that Ithim would, could never use. He had no arms.

Next to the cot, on the floor, was a play mat for the baby to crawl on, which Ithim could never do. He had no knees.

There were rattles for him to grasp. He had no fingers.

There were a range of stuffed toys for him to hold, chew, walk, play with. Of no use at all.”

As I read this passage, on the evening train to Andheri, rattling through the dark-light Bombay suburbs, my mobile buzzed with an incoming message. It read: “3D Interior! FIRST TIME IN INDIA!! we decorate natural glowing stars, moon, Sky in room’s celling. All night twinkling! Rate Rs700/- per Room.” I felt as though I’d been doused in cold water; as though the book, its story, its characters, the nightmare-dream-like world contained in those dark, cold covers had truly leaked out: a Pandora’s box.

And herein lies the power and the beauty of this novel. It changes the way you feel. Until I’d read Fireproof, the Gujarat riots were a distant event – to be condemned and lamented over, but no source of private grief or anguish. The story of Mr Jay, Miss Glass, The Towel, The Book, Bright Shirt, Clowns 1, 2, 3, and 4, the falling bodies, the charred shops, the newborn, the newdead, haunted and continue to haunt the reader, long after the book is shut. “Don’t listen to the dead,” Mr Jay begins his story, “please do not listen to the dead – whatever they tell you, whatever fancy name or un-name they wish to go by, howsoever lyrical they may wax, because once you lend them your ears, they will… swallow you whole.”

The challenge for any writer, striving to make new a well-known horror – whether it is trench warfare, or Partition, or the events of 9/11 – is to find an idiom, startling or banal enough to make us see with new eyes the scale of the thing. Robert Conquest does this by letting you know at the beginning of his 411-page book on the Soviet Terror-Famine, The Harvest of Sorrow, that each letter of his book represents twenty human lives lost. Jha’s departed chorus come up with a different image: “If each of us were even just over a foot tall, stacked one on top of the other, we would reach almost as high in the sky as either of the twin towers of the World Trade Center. … A tower of flesh and blood.”

As a study of psychological trauma, repressed memory, and violence, Fireproof recalls D.M. Thomas’s The White Hotel and Pat Barker’s Regeneration trilogy (about the execution of 37,000 Jews at Baba Yar in 1941, and the effects of trench warfare in the First World War, respectively). The chilling perfection of the dénouement, recalls Kafka or even Edgar Allan Poe; the twist in the tail, M. Night Shyamalan’s Sixth Sense. In its refusal to demonize demons, nor sanctify angels, it recalls Martin Amis’s deconstruction of a Nazi Doctor in Time’s Arrow.  In the use of photographs and other fragments, the works of W.G. Sebald; in the humanizing of a statistic, Holocaust diaries like those of Anne Frank; in its relentless itemising, an F.I.R.; in its poetic fusion of the real and the fantastical, the magical realists of Latin America. And in its subject, communal violence, it reminds us that sixty years later, Partition and the narratives of enmity born of that terrible conflagration refuse to die, and continue to rise periodically, like some demonic phoenix, out of the ashes; fireproof.